The metaphor of the Salvatorian tree 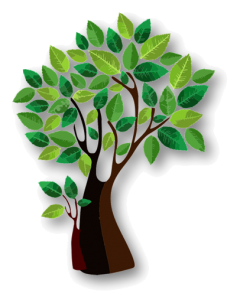 Let me start with a metaphor. If we look at the Salvatorian Family from the point of view of today so we can discover a more or less young tree. You will say now that is clear because this depends on your profession. And you are right because my profession and my Salvatorian vocation have developed together over a long time side by side. So I want to invite you to follow me into this picture so I can give you an understanding of and maybe a feeling for this tree:

I think most of us will agree that God has planned something great with John Baptist Jordan. It is not for nothing that the Hl. Spirit met him as a child, put a special seed in his hand and set an idea of this tree into his mind. For a long period of time Baptist did not really know what to do with these gifts and how to apply them. But the soil was already prepared; the conditions from outside and the climate were ready. And yes – you are right; John Baptist has never seen or recognized his vision in the shape of a tree. But have an open mind, please; I think this comparison could be of interest.

Let’s go back to John Baptist. As you know it was not so easy for him to explain the profile and the character of his planned work to other people, because they had a completely different image of God and the church.

An image of a universal plant which is growing on each soil, whether dry or wet, whether fertile or barren and able to cope with any weather did not belong to this “holy field”. And furthermore, it was not really spectacular with fine blossoms and/or juicy tasting fruits – much more only simple and universal – for all and for nothing. 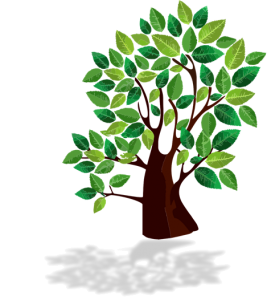 The original shape of the tree

The original branches of the tree intended by Fr. Jordan absolutely did not correspond to the classical teaching doctrines of the Catholic Church. That’s why they were cut back immediately to the chagrin of Fr. Jordan. The one of the Laity was cut back completely, because it seemed quite unnecessary.

The general opinion: A tree had to stand like a tin soldier – upright, grown straight, according to the picture of the human imagination. – What else?

Meanwhile, we and the church gained more wisdom. We discovered that the nature, and in this way even God’s paradise, does not accord our imaginations. It does not fit into our limited dimensions. Something we classify hastily as valueless has awfully well its own value in God’s plan.

In keeping with the spirit of the time, it was generously allowed to establish a second branch in addition. However, the first attempt of this second branch had to be cut away early by other circumstances. But it was treated with care, got roots and exists as an independent offshoot today – the Addolorata sisters.

So after a while, our tree got a second branch again, which followed with success the first one, – just at a different side. Each of them had to dodge a little bit the other one. So they learned to tilt to one side, because otherwise they would have hindered each other continuously – for instance taken away light and water. Later as this danger was banned, they grew towards each other and discovered again their common roots.

The climate in the form of the spirit of the time had continued to change. A fresh breeze had embraced the tree – and left behind some little branches and leaves broken. The tree itself was not deterred. It knew what its task was and was able to fulfill – therefore time to remember the original shape.

So at the branching point of the two branches, new buds appeared. First only a few, then more, which together formed a new common branch – and this third one started to follow the other two. 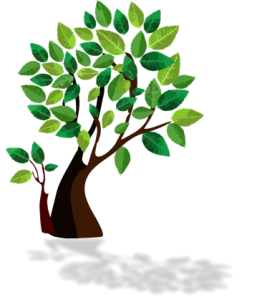 The shape of the tree today

If we take a look at this plant with the eye of a gardener now, we can be very happy about it. Its growing power and its will for development are great. The only thing we have to recognize is that its shape still does not match the original shape.

Now it depends on us, the members of the three branches, to aid the tree to recover his original shape as good as possible. But it has to be clear that we cannot undo interventions of the past. We cannot go back before the first cuts were made. What we can do is to take care and to build up a shape very similar to the original through the now existing three main branches. Therefore we need mutual consideration, tolerance and aid between them – as far as possible. Each branch has another direction to the sun and with that another point of view. As different as each branch is so different the supply is by the tree. They do not have the same requirements and possibilities.

So that the youngest branch is able to develop in the same way as the towering elder ones, they must not be cut down, maybe just a little bit curved aside. And yes, you are right again – this can be a little bit unpleasant or sometimes slightly hurtful.

Of course, each branch is able to exist without the other two, no question. Much more a question is: – What do we want to have together? This living universal plant, which was given to Fr. Jordan in his early days; this plant, which develops all its magnificence and effectivity through the interaction, gaining its perfect shape – which will mature to a powerful tree? Or do we want to have a lovely, cut back, partial barely ornamental plant, which never will come to its full development?

In the next part: Living in the presence – what is important today?