Living in the presence – What is important today?

Looking outside, we have to accept that our world is like a permanent moving ball. Science, technic and economy surprises us with new realizings daily. Our world has got “smaller” – but in the same way the challenges and tasks of our daily life have multiplied.

One of the biggest challenges of today is to find ways to evangelize in a form that is understood.

Important and unimportant news, advertisement and the several possibilities of communication of modern media guide many people along the day. In the working world the pressure to generate more output without more money on is increasing. In some areas people are forced to work overtime. In others we find stagnation or recession over months or even longer. More and more people are caught by fear about their future, which is underpinned by reports of job cuts, money savings, job loss, etc. From the distance it looks like a big win. But if you come closer you will recognize upset that it turns out to be a kind of rat race – where ALL are part of it without any exception – only in different ways.

The general voraciousness of richness and power was not so distinct and common over a long time as it is today. Our inborn hunting instinct impels us from one event to the next. The vast majority of the people are like robots in a working corset, while business and industry make every effort to support this. Wage dumping and dismantling of the social welfare state are signs of a reinvigorated capitalism, which exploits the humans and degenerates them to machines.

If you take a view on parts of the civil society, you can get the impression that they act like the famous goat running after the carrot on a stick in front of its nose. Some were brought to heel if they get various goodies, others have to fight for their life daily – but both act like on drugs.

Maybe you will ask now, why do I tell you this here in a Salvatorian writing to the topic of the Holy Spirit in our life? – Because this is the cardinal question of today – where have we left our soul in our daily world?

Let’s find out more through a tale with a deeper background. The tale is about a group of hikers along the way in the Himalaya. With courageous steps a group of Sherpa chartered as the burden bearers followed a few mountain hikers from the West. Suddenly and unexpectedly the group of Sherpa stopped, took off the luggage and sat down. The mountain hikers saw what had happened and hurried back but didn’t understand anything at this moment and asked: “Did someone have an accident? Is something else going wrong or is the burden to high? Are there possible other unknown troubles? What is the reason for this sudden stop?”

One of the Sherpa looked at the men from the West and responded: “We have to wait a little bit, so our souls can follow and meet us again.”

Exactly that is what happens currently in our western civil society and in the societies connected on other continents. And this is not only a fact of our time.

Let’s go back in history and meet the young John Baptist Jordan. His social background was not at all like that, what we widely call wealthy. As far as we know, he was not only once fishing in the nearby river, instead of being at school, to bring something eatable home to his mother. During his apprenticeship, his time on the road as journeyman and later at the railway construction and the military, he always got in close contact with the real daily needs which were affecting a large part of the society. In addition to the material needs were the spiritual ones. Because who had to work at least 16 hours daily for a minimum of necessaries, who really didn’t have any kind of interest in philosophical/theological questions. The church attendance on Sunday was not enough, to overcome this deficit. Even the questions of the current life were other ones, than those pursued by the official church.

Too big was the pressure outgoing by state, society and church and the general opinion was widespread that the so-called “divine order” had to be maintained and was not questioned.

In these living conditions of different tensions John Baptist Jordan recognized not only the call of God to become a priest, but also that the people need affection and encouragements that give answer to their real questions and needs. And as diverse as these questions were, as varied, indeed universal must be the work that could provide answers.

This special spiritual vision which ripened in Fr. Jordan only found an adequate agreement by selected contemporaries. Also the church as isntitution itself had a negative opinion of such new and revolutionary ideas. Fr. Jordan had to experience this clearly and painfully with bitter setbacks and forced changes.

However, if we look back, the Hl. Spirit, who is visible in all efforts of Fr. Jordan, cannot be force back by human regulations and limits. Fr. Jordan pursued his goal as good as he could, knowing that his efforts, just were only the beginning of a comprehensive process. This is mirrored in one of his last words:

„Others will come, they will remember our suffering and continue our work”.

Today we are confronted with the challenge to proclaim the gospel in a world that provides similar challenges than of Fr. Jordan’s times but the language has turned into another one. People are still searching for answers on the burning questions of their life and time. Cute phrases or fine words alone will not help – they sound antiquated and unrealistic and do not touch the hearts.

The church – that are we – has to face the reality of daily life and find answers. Therefore the Salvatorian spirituality with its intrinsic universality is tailor-made for it. It’s our turn to use it in the right way and to discover it as our biggest treasure.

What we need are mavericks, open-minded thinkers and joint-up thinkers, encouraged people who are questioning some conventions and test if they are still of relevance, people who are following the pope and discover the church as something new.

Furthermore interesting questions in this context are: What is the value of faith? – What does it provide, what do I gain? Are there benefits for me?

Maybe this sounds like a provocation in your ears, but in a world which is governed a big part by acquisitive frenzy, envy and resentment, this has to be considered. Let me give an example:

In the eighties of the last century a countermovement raised against the general mainstream in Europe. There were some people who recognized that an ongoing process of unlimited growth could not be the measure of all things. Sooner as later we would reach the edge of the abyss. There were protests and among others the construction of hydroelectric power plants, which would destroy a large area of an alluvial forest, was prevented. During the negotiations the question came up – what is the value of a piece of nature? What is the benefit for an individual if a frog lives in the alluvial forest or a scarce poplar tree is growing there? 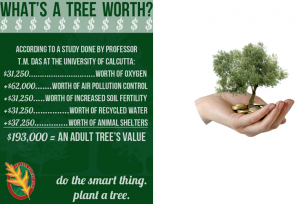 Afterwards some resourceful scientists were working together with interested economists to calculate the value of these creatures. And suddenly a frog, a fish, a tree and so on corresponded to a defined monetary value. It was made clear to the economy now about which values were spoken and that sustainable management not only pays off, but is the order of the day.

This example shows that a large part of our civil society is thinking only in numbers and money. Things seem to be worthless if there is no real numeric value allocated. But there are things that cannot expressed in numbers but include much value – for each human – as a clean environment, drinkable water, healthy food, good education, perspectives for the future, etc. – for example. Therefore adequate livelihoods and developmental opportunities are important, because they increase the value of a whole society and everyone will have a benefit from that. And not at least humans need perspectives in their life for being alive.

In Mathew 4,4 is written: “One does not live by bread alone, …” – with this line we come back to the old question how humans do define themselves. Today – after the Industrial revolution we have to add: “… and the work isn’t the only sense of a human’s life.“

Not for nothing a group of occupational physicians and psychologists share the opinion that meaningless work- and consumer world is the reason for increasing “burn-out-syndromes” of many people.

According to that it seems that we often have left our soul too far behind us. – High on time to find new ways for the future. 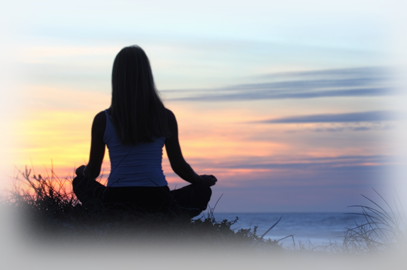 In the next part: Attempting to find a reply – Let you be ignited …