St. Valentine’s day: A good possibility to stimulate the communication … 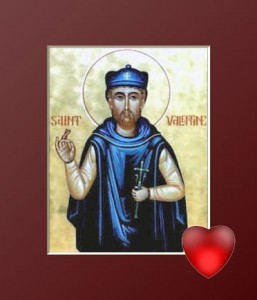 If you browse through the story, the tradition1 tells of two Valentines and distinguishes and mixes them at the same time. On the one hand, there is a Valentine of Terni and on the other hand a Valentine of Rome. But perhaps it is also one and the same person. Valentine of Rome is said to have married lovers according to the Christian rite as a simple priest, despite the prohibition by Emperor Claudius II, and was executed on February 14, 269. Valentin also gave flowers from his garden to the newly married couples. According to tradition, the marriages he entered into were “under a good star”. Bishop Valentin of Terni is said to have won over many people to the Christian faith by healing the sick in Rome. This brought him a charge in court and around the year 268 he was martyred by decapitation.

So this day follows the eternal dream of mankind for love and happiness. And Valentin gave this dream a concrete expression by giving flowers to people. Flowers and plants with their colors and shapes have always accompanied people and given them many goods for their daily needs. Whether as furnishings in the house and garden, as gifts at celebrations, or even as a last greeting to the dearly departed, they are an indispensable fact of our lives. They bring joy into our everyday life – and often inspire us to dream.

This could also be a stimulus for us Lay Salvatorians to bring on this day the love of God to others by a little present or some flowers. Because if we start to talk about love then we know that God is the source of all love everywhere.
According to these thoughts, I wish you, where ever you are, to have at least a minute of love and share it with someone in your surroundings.

2 Responses to St. Valentine’s day: A good possibility to stimulate the communication …

We are sorry that this last article had to be taken back for some time because it was still not finished - it will come soon. Many thanks for your patience.